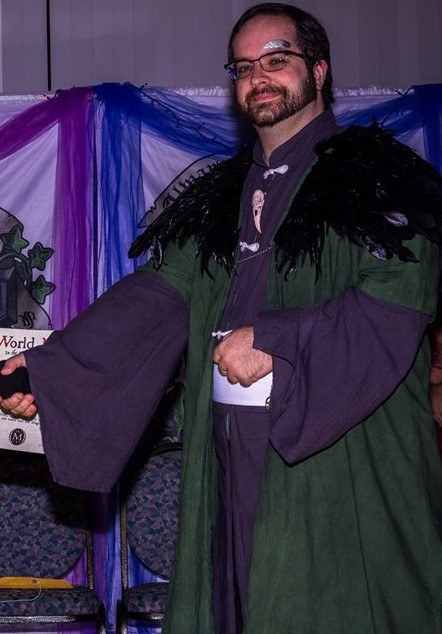 Creating alternate worlds is at the heart of Jason Woodland’s art. As a child, he would make up stories for pretend play with his friends. Today he creates props, costumes and makeup for cosplay in his Brooklyn apartment. Oh, and he paints and blows glass, too.

How did you get started making art? Why do you do it?

I don’t remember starting, I do remember mom made a point of doing arts and crafts with us as soon as we could hold a crayon.

What are your earliest memories of your own creative expression?

My *own* creative expression? That’s tricky. Like I said, I remember doing arts and crafts kind of stuff with mom when I was little, and I’m sure I “made it my own”, but I was mostly following her patterns. Probably making up and drawing characters for the stories I’d tell myself and pretend play with my friends at school.

What different mediums do you play around with?

I like to sew and mess around with costumes and cosplay, so definitely fabrics, foams, paints, and the like there. Also I enjoy oil painting. I used to really like clay and sculptural ceramics, but I don’t have access to a kiln anymore, and oven fired clays just aren’t the same. I’ve recently begun learning glassblowing, and I really enjoy that.

When it comes to creating, are you more of a planner or an improviser?

Planner. Most projects I think about for a little while until I get a good image in my head. A lot of times I’ll sketch it out a few times before moving forward. Complicated or moving sculptures and costumes might get even more work, with math and engineering being a key part of things. Character sketches might be a little more improvised, but even then, I frequently will do inspirational research.

How often do you start a new project? Do you work actively on more than one project at a time?

Not terribly often. I like creating, but lately, unless it’s structured, like taking a class or something, I find it hard to make time to see a project through. And I start to feel bad when I have two or three half finished projects gathering dust in a corner. I might have a few projects in progress at any given time, but I’m only ever actively working on one.

Do you have a dedicated space for creating? If so, what does it look like?

I’m currently in a shared apartment in Brooklyn, so no. I sure wish I did, though!

What plays in the background while you work? Silence? Music, audiobooks, movies? What kind?

It depends on what I’m working on. I tend to have the TV on when I’m sewing. Typically binging a show on Netflix or Hulu, but maybe watching a movie that has thematic similarities to what I’m making. I like to have an audiobook going when I’m painting miniatures, and silence when I’m painting on canvas. There’s typically good music with a gentle groove playing in the glass shop.

How many projects do you have going at once? Or do you focus on one creative project at a time?

Realistically I focus on one project at a time. Right now, it’s glasswork. But I’ve got a half-built robot in the corner of my living room, parts cut for a superhero costume in the closet, diagrams drawn for a sculpture at work, and a practice book for my violin in a corner of my room.

What inspires you? Are there recurring themes in your work?

Lots of things. Other artists. Movies, books, and stories in general. Nature.

How do you make the leap from an idea in your head to the art you produce?

Typically, I build the idea in my head first, just like a rough draft. Then I sketch it out. Do some research if there’s a complicated bit. Then I start tackling it one piece at a time.

How has your creativity evolved over the years? What triggered the evolution to new mediums/kinds of work/ways of working?

I think my creativity has evolved mostly in complexity and medium. I still like doing the same kinds of things, just maybe bigger or more detailed, or in a new method/medium.

A lot of times the triggers for a new medium is learning about it from other creators. Though that mostly applies to costuming and prop work. The recent foray into glass was because I finally have the opportunity and funding to explore it.

If you had the opportunity, what creative person, past or present, would you like to work with and why? What is it about that person that intrigues you?

My grandma used to tell me not to be afraid of the seam ripper, that it was one of the most important tools in sewing. The message there was to not be afraid of making mistakes, to learn from them, and try to do better.

I also once worked with a director who told me to always break a plate when someone new asked me to wash dishes. And soon, I’d have a reputation as a plate breaker, and no one would want me to help with that task again. He was mostly kidding, but was teaching me about setting boundaries. If there is something you just don’t like doing, for whatever reason, don’t do that thing. Even if it means breaking some plates. 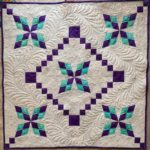 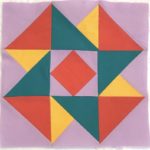 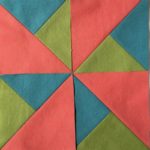 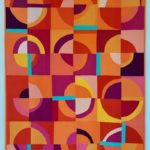 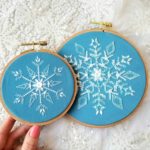 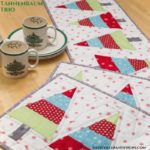 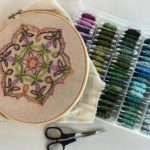 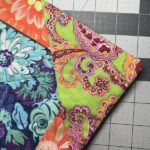 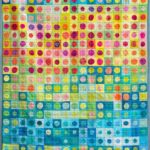 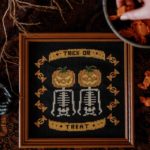 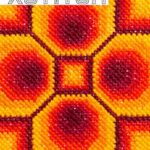 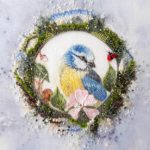 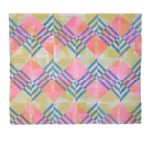 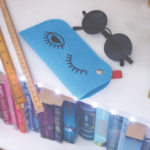