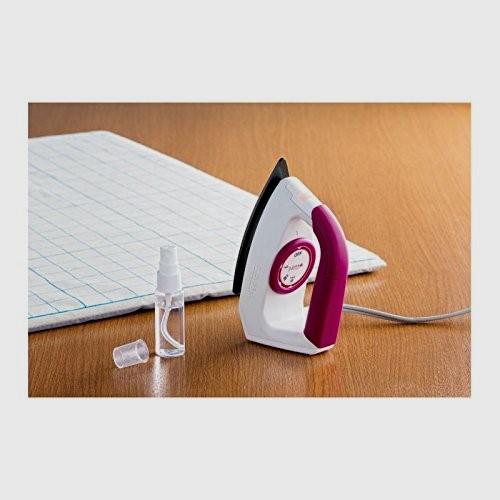 Whether you are sewing a garment, home dec, or making a traditional, modern or art quilt; there are some notions that you need to have in your sewing room / studio! We’ve rounded up some of the best sewing and quilting supplies that you must have! Sometimes these are called sewing or quilting notions.

The key to successful projects is to have the right tools for the job. Start by buying the right tool(s) for the specific project you are working on and add to your toolbox over time. You’ll be much happier with your projects!

Having the right pressing and cutting tools is probably the most important for most sewing jobs. A good iron is worth the investment. You’ll get nicely pressed seams and corners – important in both sewing and quilting.

And, having a good, sharp pair of scissors that is right for the job is equally important. If you use a craft scissor, or dull cutting tool, you won’t get an accurate or sharp cut on your fabric. You’ll be frustrated and it won’t be a fun and relaxing project to create.

Invest in your craft with the best sewing and quilting supplies. 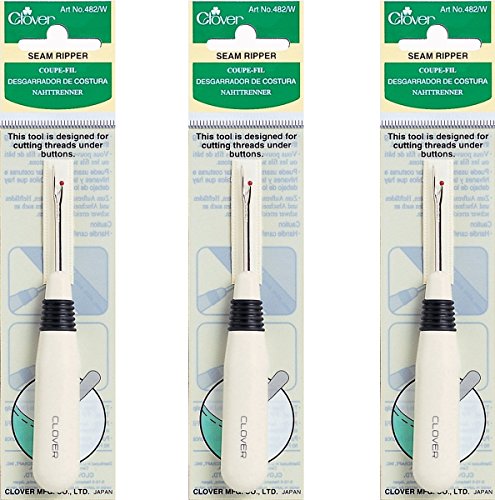 Not that I ever (cough, cough) have to “unsew”, but I love this Clover Seam Ripper. I have several of them – one with each machine, one in my take-to-class kit and a spare in case I can’t find the others. The cutting area is sharp and extremely smooth, and the smooth feel and ergonomic shape of the handle make it comfortable to hold for long periods of time. And the white handle is easy to find at the bottom of a drawer or notions bag.

Havel’s Ultra Pro Seam Ripper is not for sissies! The blades are surgically sharp – you are basically using a scalpel. But this tool will help you to remove seams faster and easier. The curved tip provides good control, and the blade makes short work of even the heaviest of threads. The seam ripper comes with extra blades that are easy to change. 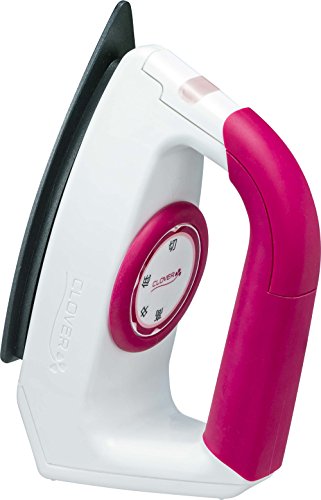 The Clover Patchwork Iron is designed for precise quality ironing every time. It is great for patchwork, appliqué and details. It comes with a small spray bottle to help get wrinkles out as you iron. It has a wide ergonomic handle for comfort and secure handling. The large convenient temperature dial is easy to adjust.

The coated soleplate for makes for easy ironing, and the flat bottom (no steam holes) is great for quilting. It has a nice point for pressing small seams and the wedge tip allows you to get under layers of fabric easily. Another plus for quilters – this iron does not automatically shut off, so it stays nice and hot during use. Just be careful and remember to turn it off and unplug it when you’re done! 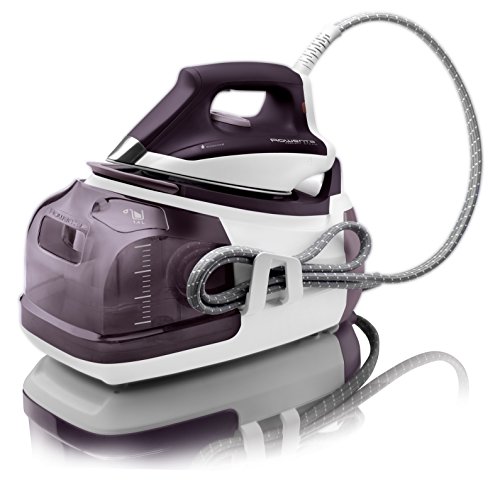 But, if you are looking for the best iron for all sewing and quilting, with lots of great steam, and not needing to fill the iron with water all of the time, the Rowena Perfect Steam Iron Station is for you. I wasn’t sure I needed it, when a friend recommended it to me – now that I have it, it is the only iron I’ll ever have. It gives out tons of great steam perfect for easing those seams, or just getting a great press. The separate water tank holds 47 ounces of water, enough for 1-1/2 hours of straight ironing! 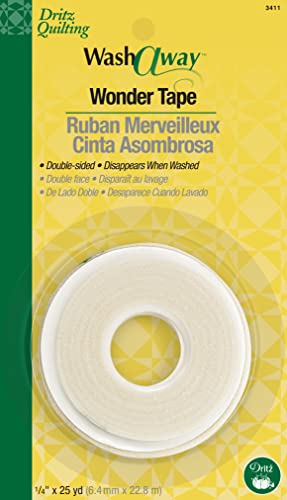 Dritz Washaway Wonder Tape is a double-sided transparent tape which can be stitched. Wonder Tape will not gum up on needle and completely disappears in first washing.

A great alternative to pinning or thread basting, it can be used to position appliqués, pockets and zippers and to join pieces of water-soluble stabilizer. It holds down items that you want to keep flat but are too small to pin. If you need to reposition it, just lift it and place it where you want it.

No ironing needed! One side is sticky as you unroll it. Once it is stuck in place, you peel off the protective paper strip from the other side to expose the other sticky side.

Tape is water soluble so it should be stored in a cool, dry place when not in use. 1/4 Inch by 25 Yards.

The Fine Line Water Erasable Marking Pen in a must-have in my notions basket! The blue marks go on smoothly and are easy to see (except on dark fabrics). The marks disappear with plain water. It’s my first choice marker for fabric.

Be sure to test on your own fabrics before using. I have never had a problem with the marks reappearing after removing them with water, but be aware that heat will permanently set the ink. Don’t leave marked projects in a hot car and allow the piece to air-dry completely before applying any heat (such as an iron or clothes dryer). 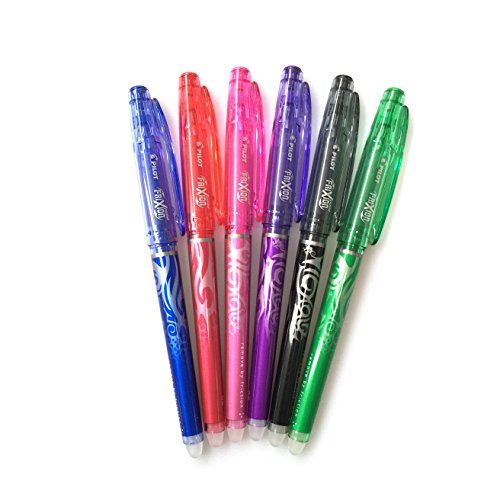 So often you need to make a temporary mark with sharp contrast on your project for quilting lines, appliqué placement or embroidery. The marks you make on fabric with FriXion Extra Fine Point Erasable Gel Pens erase cleanly, quickly and easily with the touch of an iron. There are 6 assorted colors in each package. The unique gel ink writes smooth, precise lines. Marks you can see that stay put until you remove them? Priceless! 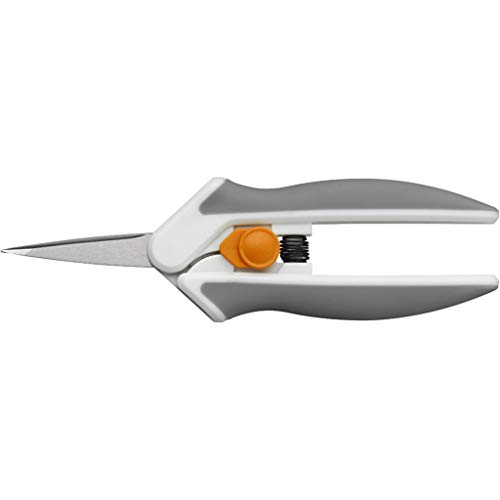 Precision is important to me in my beading and fiber projects. These Fiskars Easy Action Micro-Tip Scissors allow me to get into tight spaces to trim my beadweaving threads and appliqué corners super close.

The oversized cushion grip handles absorb pressure, so they are easy on hands that do repetitive work. A spring gently opens the scissor after each cut making this scissor ideal for heavy use and for people experiencing weakness in their hands – the scissor does half of the work for you! A slide lock keeps the blade closed for safe storage. Bonus: can be used equally well in the right or left hand – unusual for a scissor! 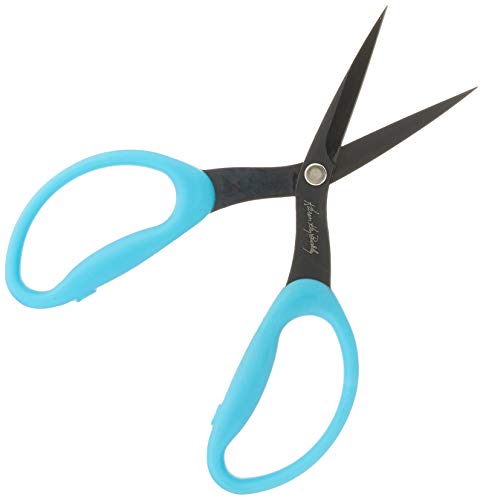 For really precise, small cutting, Karen Buckley Perfect Scissor are, well, just that - perfect. They get into really small areas perfectly. If you are doing small appliqué work, you'll want this tool in your toolbox. 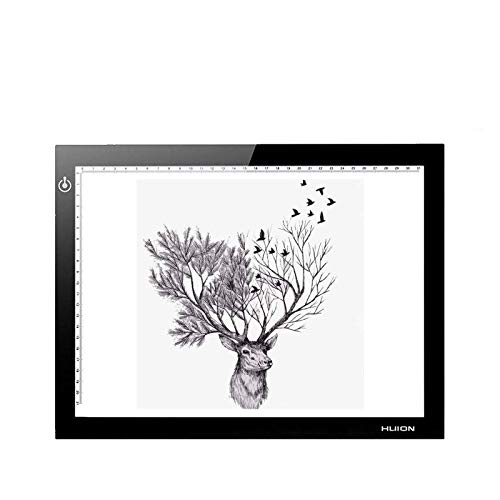 Light and bright, this Extra Thin Translucent LED Light Box makes tracing tasks so much easier! No more taping paper to a window on a sunny day! It has a super slim profile and weighs just over a pound which makes it easier to carry around.

It is powered by USB cable so you can plug it into any USB port like a computer, USB adapter or power bank. It doesn’t come with an AC adapter, so be prepared with one or use a rechargeable USB battery pack. (I have one that works with my phone and tablet and it has saved my bacon many times!)

Brightness settings are easy to change and horizontal and vertical measurements are marked on the edge of the screen in centimeters. It can easily be used in portrait or landscape mode. Small ‘feet’ on the back of the device keep it from slipping around when in use. 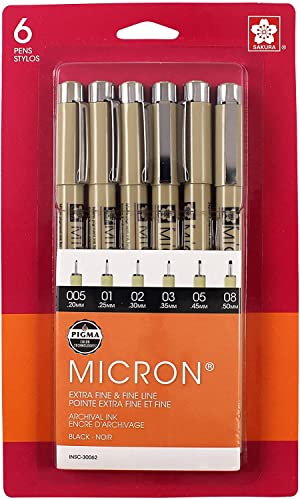 Some pens have problems with smearing, feathering or bleedthrough, but the Sakura pens have never given me a problem, either on paper or fabric. I appreciate the archival quality pigma ink, six point sizes, fade resistance and not bleeding or smearing when wet. This set of black pens includes six nib sizes: 0.20mm, 0.25mm, 0.30mm, 0.35mm, 0.45mm and 0.50mm.

Why are they called sewing notions?

The definition of notion is ‘a conception of or belief about something’ or ‘an impulse or desire, especially one of a whimsical kind’. So, what are sewing notions? How did it get this name?

In researching this topic, notion first appeared in the late 14th century meaning idea or concept, which is still used today. This lead to the word being used to mean a bright idea or clever invention which led to this word being used as the group of useful, less expensive items in shops to be called notions. At this time, there wasn’t the mass market for ready-to-wear clothing and linens, and most of those items were made at home. This section of the store had a large variety of sewing ‘notion’s – or small items that were not expensive that were used for sewing.

Check out all of our sewing projects on Create Whimsy. 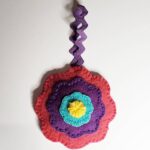 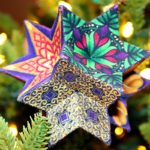 How to Make an EPP Moravian Star Ornament 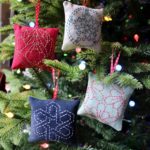 How to Make Sashiko Ornaments 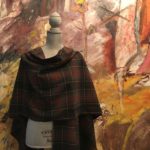 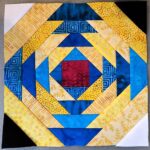 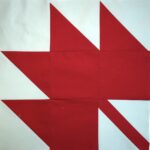 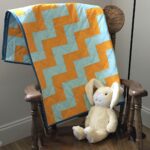 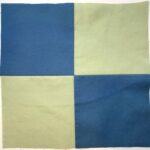